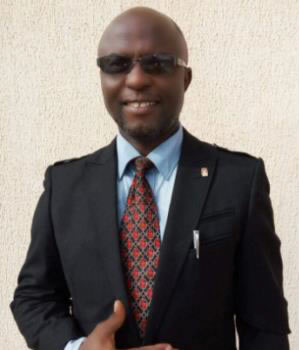 An internationally reputable Molecular Geneticist and Cytotaxonomist. He hails from Ogbor Nguru in Aboh Mbaise Local Government Area of Imo State and obtained his B.Sc (Hons.) Botany in 1988 from the University of Port-Harcourt, M.Sc. (Biosystematics/Plant Taxonomy) in 1991 and Ph.D. (Biosystematics/Plant Taxonomy) in 1995 under the studentship of the International Institute of Tropical Agriculture ‘IITA’. Prof Osuji subsequently had a UNESCO Post-doctoral Biotechnology-transfer fellowship at the John Innes Centre, Norwich, which is a world Centre of Excellence in Molecular Genetics and Biotechnology (1996-1998). During this fellowship, he benefitted from Gatsby Foundation’s and IITA’s Post-doctoral research funds.
He joined the services of University of Port Harcourt on return from Norwich in 1998 as a Lecturer II from which he rose across to the ranks to the Professorial cadre in 2010 in the field of Molecular Genetics and Cytotaxonomy. His services to Uniport have been in several capacities including: Head of the Department of Plant Science and Biotechnology (2010 to 2012), Director of Affiliations and Chairman of the University-Wide Accreditations Committee (2016 to 2017). He is the United States of America’s National Academy of Science Fastlane Administrator for the University of Port Harcourt. He recently served as the Pioneer Vice-Chancellor of Arthur Jarvis University, in Akpabuyo, Cross River State. He is a scholar with many awards to his credit.
Other trainings and certificates obtained include:
• Tropical Basic offshore Safely Induction Emergency Training
• Code of Conduct Certification
• Conflict of Interest Certification
• ELIS Mandated Certification by (DNE)
• General records Management Certification
• Biological Safety at University of Florida under Sponsorship of World Bank, IITA, USAID and PBS.
Professor Osuji is a member of two international and seven National Professional Societies as well as served in various government and quasi government agencies within the country among which are IITA, Federal Ministry of Environment and Federal Government constituted Panels to review Environmental Impact and Assessment project reports on Energy, Steel and Oil & Gas Sectors.
He has equally consulted for SPDC, SNEPCO, PanOcean and NAOC. He is a research Advisor for Food-For-All-International.
Professor Osuji is widely travelled and happily married with children.